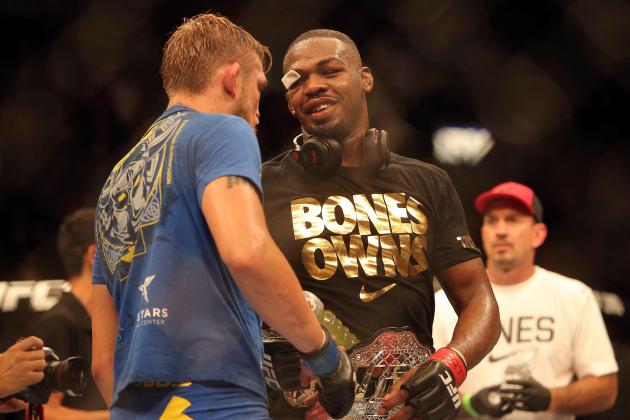 Jon Jones is currently expected to face Alexander Gustafsson next though a date currently isn’t set and the bout agreement isn’t signed yet. It’s been no secret that Jones doesn’t feel that Gustafsson hasn’t quite earned a title shot again so time will tell when this will happen.

As mentioned above, Alexander Gustafsson is supposedly challenging Jon Jones for the title again, however, the date hasn’t been set yet.

Daniel Cormier had a good match against Dan Henderson at UFC 173 which supposedly has earned him the next title shot after Gustafsson. However, there is currently issues with getting the Gustafsson match ironed out so Cormier may find himself fighting earlier.

At the present time, Rashad Evans is expected to make a return from his leg injury sometime in the fall, though an opponent is unknown.

Glover Teixeira’s loss to UFC Light Heavyweight Champion Jon Jones puts Teixeira in the same position as many of Jones’ past opponents. There are still some opponents that he can face to build himself back up so all he can do is rebound.

After his win over Phil Davis at UFC 172, Anthony Johnson will get another solid light heavyweight in Antonio Rogerio Nogueira.

Phil Davis’ loss to Anthony Johnson puts another damper on his quest for a title shot. All he can do now is rebuild to title contention again.

The question for Dan Henderson now after his loss to Daniel Cormier is whether he can make another title run or if he’s indeed done.

Chael Sonnen has gotten some reshuffling with fight dates and opponents and will now be facing Vitor Belfort at UFC 175 on July 5th.

As of right now Mauricio Rua has nothing scheduled and he may not in fact be cleared to practice yet due to recent surgery on his nose.

Emanuel Newton should theoretically be facing Quinton “Rampage” Jackson in his first title defense but Jackson is currently hesitant.

The following fighter received votes for the light heavyweight division rankings and is considered a contender in the division: Ryan Bader.